HERE’S HOW IT WORKS…

Last year, company members from The Book of Mormon, Hamilton, The Phantom of the Opera, Mamma Mia!, Les Miserables,

The Mousetrap and The Royal Opera House took part with

The shows hosting a stall will compete to win in a brand new theatrical challenge, with judges to be announced. The public are invited to come and cheer on their favourite show and the winner will be announced at the event. In addition, there will be signings, a theatrical tombola, auctions and all sorts of exciting theatrical memorabilia up for grabs as well as the chance to meet stars 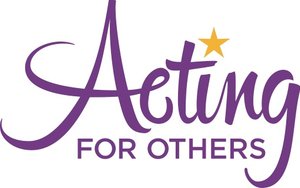 Acting for Others provides financial and

emotional support to all theatre workers in times of

need through the 14 member charities.

To make a donation

Thank you to everyone that joined us and helped raise over £26K!